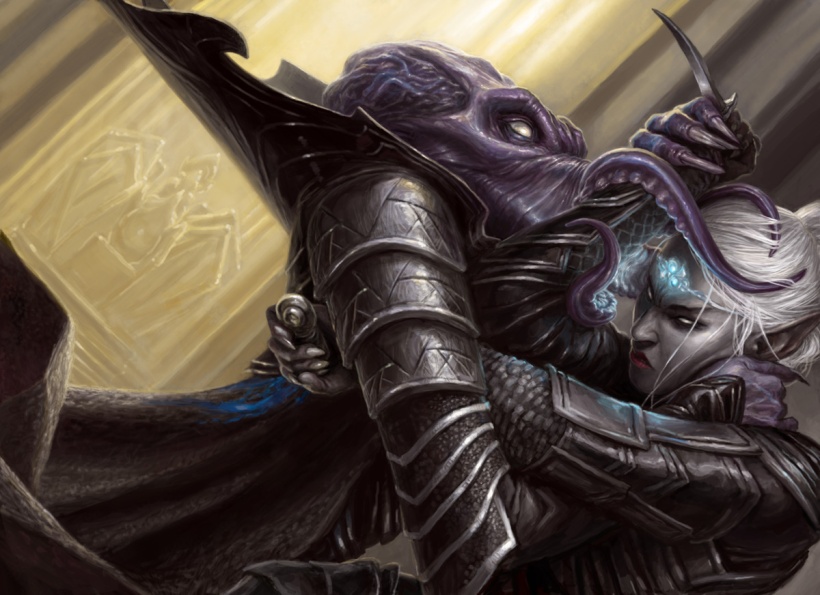 Disclaimer. I write a lot of games that are small picture stories, because they have to be completed in three hours (though there are protocol games that address large scale problems). The majority of what I’m writing here is about traditional gaming and how the inspiration we receive from other media (tv, etc.) impacts our ideas negatively. Or at least, not in a constructive manner.

George Carlin once said there are two kinds of stories, big picture and little picture. Little picture stories are 99% of what we know and read. A protagonist or group of protagonists facing a specific problem with measurable and tangible cause/effect. ‘Bob’s family is murdered and bob wants revenge.’ ‘Sally loses her job and spirals out of control.’ ‘The black company is hired to kill a dragon.’

Big picture stories are more difficult to explain, as they do many things. The Game of Thrones series or anything by Tom Clancy might be identified as big picture or macro storytelling. Characters pitted against larger than life forces with events that can impact nations, if not the world.

In micro storytelling, characters drive the plot. They are not victims of the events (once the plot is established).

But in macro storytelling, the environment is a real concern. Other people, forces of nature, dragons, and similar obstacles all work against the protagonist(s). Macro storytelling, which could be named environmental storytelling, addresses issues of nations, armies, dozens upon dozens of character and contingencies, plot struggles, and the like.

(I’ve never watch the airbender series. Apparently it is both of these styles!?!?)

Modern, micro storytelling is about personal drama, small picture problems. Anything on CW is a perfect example of this. Small picture problems and issues are at the forefront of these kinds of shows. Pettiness, relationship squabbles, and situations we as readers/viewers can easily empathize with dominate the landscape.

So. Where does roleplaying fall into all of this?

If you’re a traditional gamer, you most likely enjoy playing a single character who can affect change in the world. This means more than just fighting monsters, but saving entire villages, towns, duchies, and (eventually at 20th level) kingdoms. If you’re lucky. Using D&D as an example, the Forgotten Realms is a gameworld ripe with opportunity for this kind of gameplay.

And this is essentially MACRO storytelling.

But. The PCs don’t see it that way. And the gamemaster is probably drawing a lot more inspiration from micro stories and less from macro stories.

Essentially, the wants are at odds with the needs and the inspiration to create either wants or needs is crippling any attempt to write truly macro stories.

Allow me a short segue to explain.

The last great show on television to thread the needle between micro and macro storytelling was Breaking Bad. When the story of Walter White started, the events were small. The stakes were small. The characters faced a few obstacles and those were all tangible. A single street corner fight comes to mind as micro, though with macro repercussions. As the story progressed, so did the stakes. The tone of the story grew to match the character’s reach. Walter had 20 guys killed in 20 different prisons within 10 minutes of one another in a single move. That’s big picture stuff.

(Btw. If you ask me the last two episodes aren’t very good, but that’s a longer post.)

So. Breaking Bad might be the best tool for us to understand how to write campaigns for gaming. Stories that start small and grow into epics have a more profound effect, than stories where characters are already bearing the weight of the heavens on them.

The biggest offense to storytelling is the tired Japanese roleplaying game. Every single story is identical in structure. The village of a ‘chosen one’ is attacked. He or she must gather some friends and go from village to village solving tiny ‘FedEx’ missions over and over again, fighting ever stronger monsters, and buying ever stronger weapons. There are no choices. The path is linear. The characters take on tiny event after tiny event, only to face a demon the size of the moon in the final scene of the game.

Tonally and thematically, this makes no sense. If this is what video games are becoming, I’m glad I don’t make any.

I love the movie, Dredd. It is a perfect example of how to take a Macro IP and turn it into a single micro story. In fact, there’s a great line that reveals just how macro the environment is should the franchise grow.

“Judges are losing the war for the city.”

This line is normally unnecessary in a movie like this. The judges won’t be tackling the crime of the entire city. They are going to kill/arrest a lot of people, but they aren’t going to make a dent in a city where “Twelve serious crimes reported every minute. Seventeen thousand per day. We can respond to around six percent.” So, the quote about losing the fight for the city implies that there’s a city worth fighting for.

To put it into fantasy game terms, imagine you are fighting a single street gang in the alleyways of Waterdeep. Defeating them won’t make the city safer, but acknowledging that they are 1 of 100 gangs that make Waterdeep unsafe, the PCs can grow the story from micro to macro. The tone of the story might change, but the themes of it could remain the same.

I intend to address theme soon in a post all its own. For now, just know that as a gamemaster, your games will always be stronger if you keep your themes tidy.

Marco storytelling is going away because of the changes in our culture and the demand for more personal stories. Multiple characters facing internal and external conflict. Etc. This is neither a good or a bad thing. But it does mean if we want roleplaying games to have big strong campaigns, we need to learn to use tools that aren’t readily available. There are much more stories in our wheelhouses that reflect micro stories. And if we turn to them for guidance, we’re going to run the same course of stories we always do. “All of a sudden the ground trembles and there’s a massive demon facing you. What do you do?”

I spend an hour yapping about me and gaming on an Ithaca radio station. 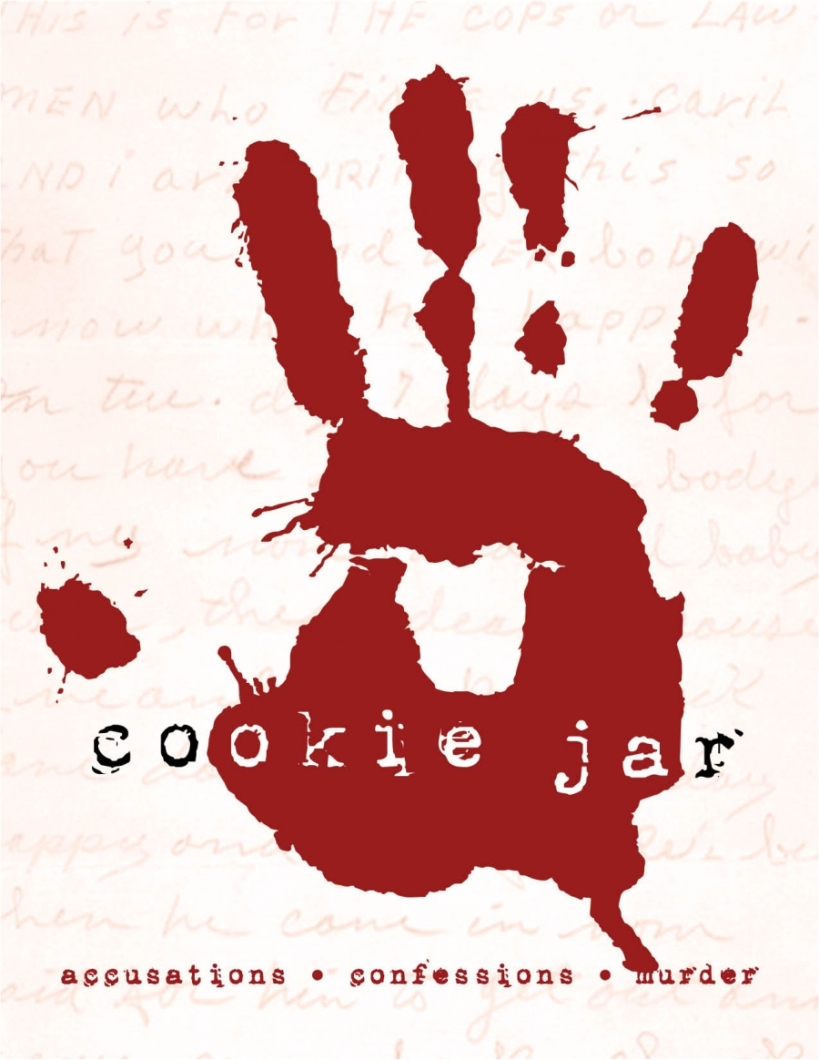 Years ago, I was writing George’s Children and my first playtest with Mark Nau (and others) resulted in a few of us staring at a stack of chips. We were done playing and trying to find a way to make the tokens vital to gameplay. I eventually did, but in the process of doing this, the idea of a finger-pointing game to me. And I immediately realized I was writing rules to a game akin to “Who stole the cookie from the cookie jar?” but with a murder mystery/criminal bent.

And a little risk/reward thrown in.

The rules are simple, covering a page. And I’ve always enjoyed it with the right people. But. To this day, I have no idea if anyone has played this game outside my group. But it requires a fistful of dice. And it’s free on drive thru.

Some time last year, I started uploading cheap GM Advice PDFs for the Alphabet Soup series. The first one, the letter A, was free. Following that, the pdfs included topics as well as lexicon jargon advice for gamemasters, though mostly focused on fantasy gaming. The Letter Series is only up to letter C (though letter D is coming soon). These actually take a long time to write and research, so I can’t upload them as fast as I would like.

Aillen Trechenn
(also Trechend) A three-headed monster. It comes from Irish myth and emerges on Samhain from its cave at Cruachan bringing destruction. Interpretations differ. Some believe the monster breathed fire. Others say is was a bird with three heads. It might also be a three-headed vulture that leads and army of goblins. All great gaming fare, nonetheless.

Armiger
Any person entitled to bear heraldic arms, such as a knight’s squire.

Blemmyes
Headless men with their eyes and mouth in their chests.

Bribery
Bribery is a complicated system of paying above and beyond for a service one expects for free. In fantasy roleplaying games it is often a die roll or some extrapolated concept that removes that occupants from the activity. As you can imagine, the author thinks bribes should be more complicated than that.

Bribes are not only expected by members of feudal society, not paying them could have deleterious results. Someone waiting for his mail is expected to bribe the courier for his package. Without a bribe, the package may get lost, or even stolen. Anyone wanting entry to the city must bribe the guard or be marked. The list goes on.

In some cultures, the person receiving a bribe is punished more than the person giving the bribe. Tipping the writer of this pdf will not result in punishment.

Cavell
A parcel of land measured by a cord.

Curtal Friar
A friar serving (as an attendant) at a monastery court gate.

Each PDF comes with pages of these entries, expanding your vocabulary of history and myth.

You can read up on all eight PDFs on drive thru RPG.