I just had an idea for a contest that you can all enter. In fact, you can enter as many times as you like. Here’s how it will work.

Winner receives a limited edition, King for a Day Hardcover. Only 50 were ever printed and only 8 remain.

I look forward to hearing what you’ve done with the games. 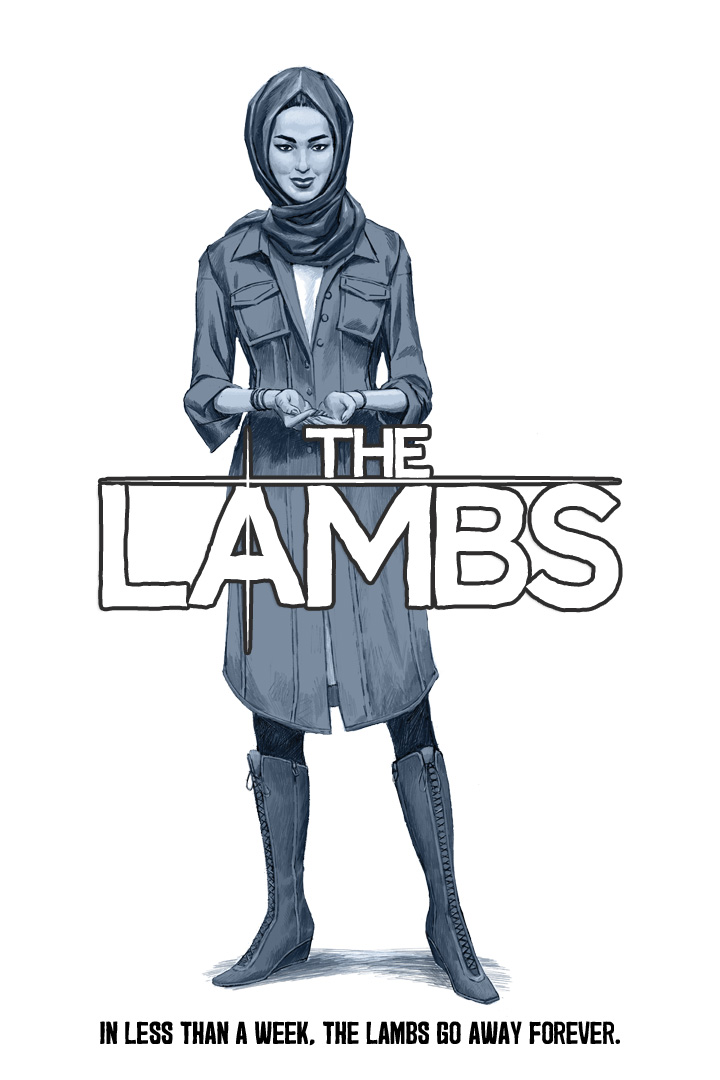 We all know I hate spam. I hate marketing. I hate talking about what I’m doing.

So. Of course, in the middle of my 2016 schedule, I decided to spend three months making five more games.

Five more GMless games that use a new system, very different from Protocol. Sure. You can see some Protocol in there. But not really. I’ve borrowed the language of scene-framing and scene-types, but that’s where the similarities end.

In fact, my upcoming game Last 12 Hours, will be borrowing from Protocol as well.

But that’s tangential. You want to know about this project. Right?

There are five games in this series. The first is called King of Storms. That sounds suitably over the top and masculine. Right?

And then there’s Lambs, which is only available until the end of the Kickstarter. After that… it’s gone forever.

I feel as though that should convince you to at least go check it out.

Board Game Geek has a series of draconian rules about what and WHAT NOT can be posted on their website, so I’m making the rules to dice crawl available here. For free.

If you don’t know what dice crawl is, it’s a board game I designed about dungeon-crawling with a fistful of dice. And yes. It actually has a strategy element. If you’re interested in learning more, you can look it up on Board Game Geek.

So. I was told the old site didn’t look user friendly. And now I’m trying out this new look. I might tinker until I land on something stunning, but I think this is a better way to go to make the site look ‘happier.’

In other news, I’m developing a new GMless story-game system.

The first game will be book only and available ONLY in kickstarter format, once it’s done. That means if you don’t buy game 0 from the kickstarter, you’ll never get a copy. This will be a test of the new system. Players will be encouraged to provide feedback on the game and help shape games 1 through 10.

Here’s a look at the cover. 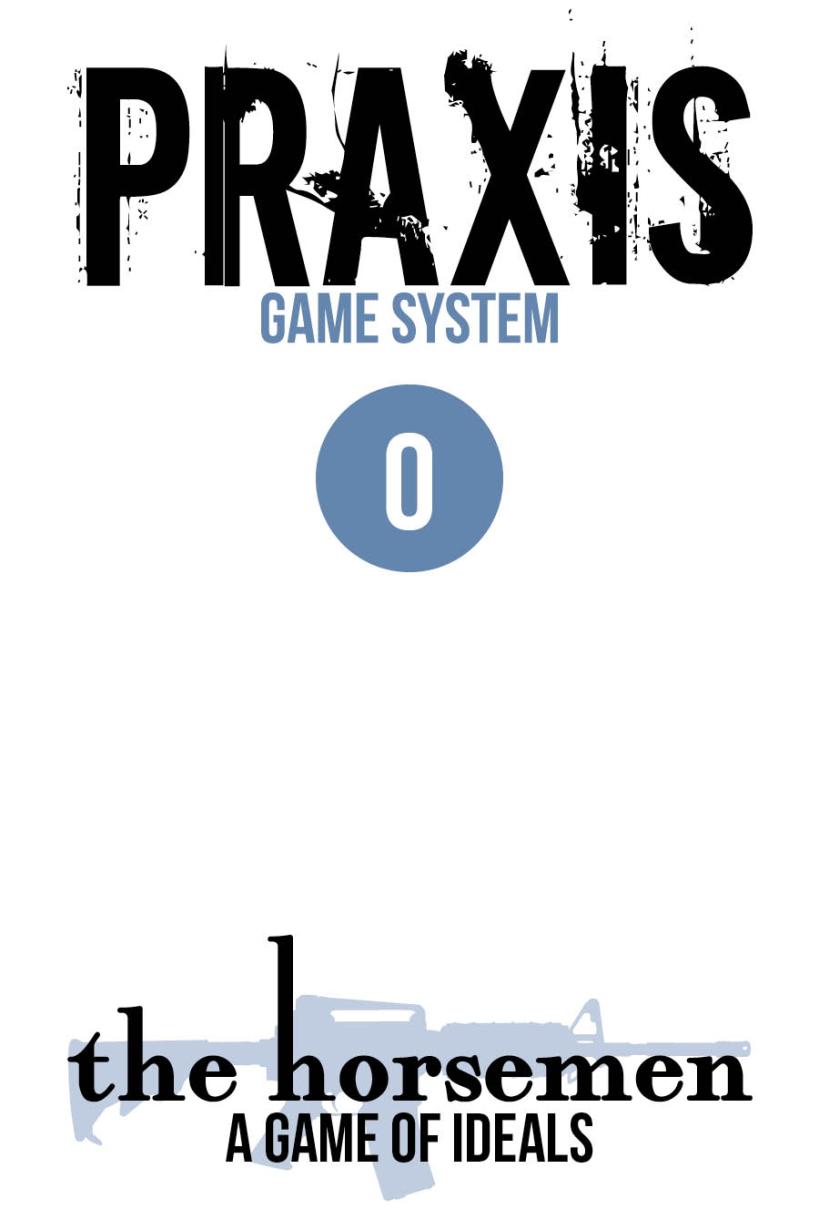 That’s it for now. Remember. I’m on facebook, twitter, and e-mail. If you’re not seeing it here, you can always ask me questions there. 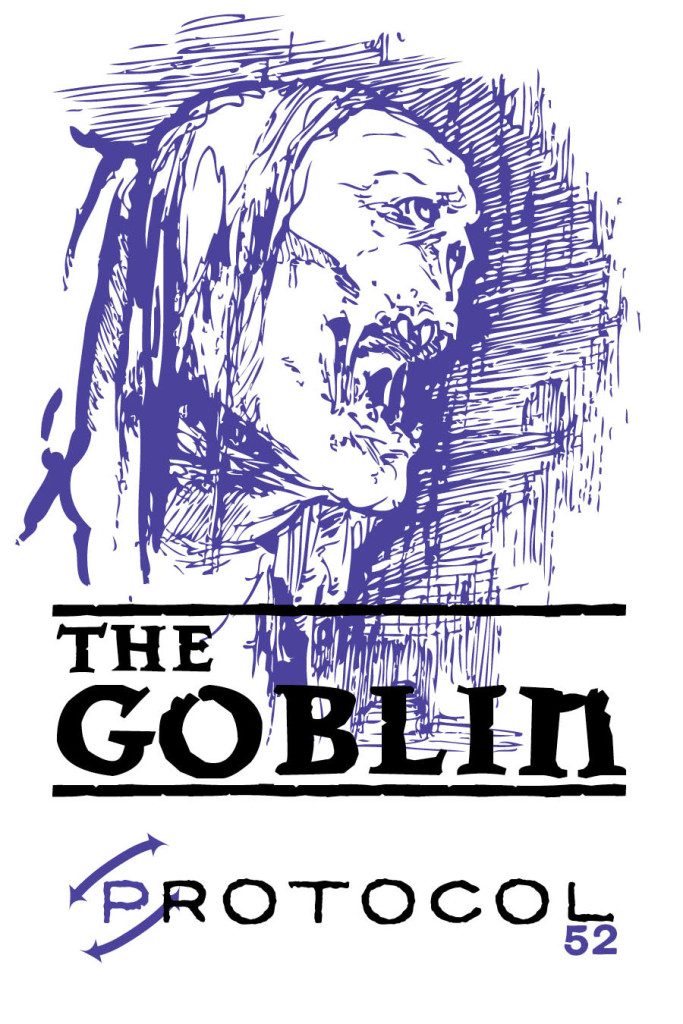 The Goblin is a story roleplaying game about dark nobility in a mythic land. The thirteen great goblin tribes have gathered to elect a new leader. To end the suffering of the ages, someone must unite the tribes — the once-noble blood of the goblins. Flesh-made-whole and all that.

But alas, each goblin believes he or she deserves to be leader. As the saying goes, “princes to the last.” No goblin wants to serve under the foot of the throne, when so easily he or she can rule as king or queen. But the Fates will cast the final die in this ‘contest’ to be the true goblin monarch.

What the Fates decree is law.

The Goblin is a sister game to Lady Winter, set in the land of myth. These are not the snot-nosed goblins of standard fantasy convention, but ‘noble savages.’ 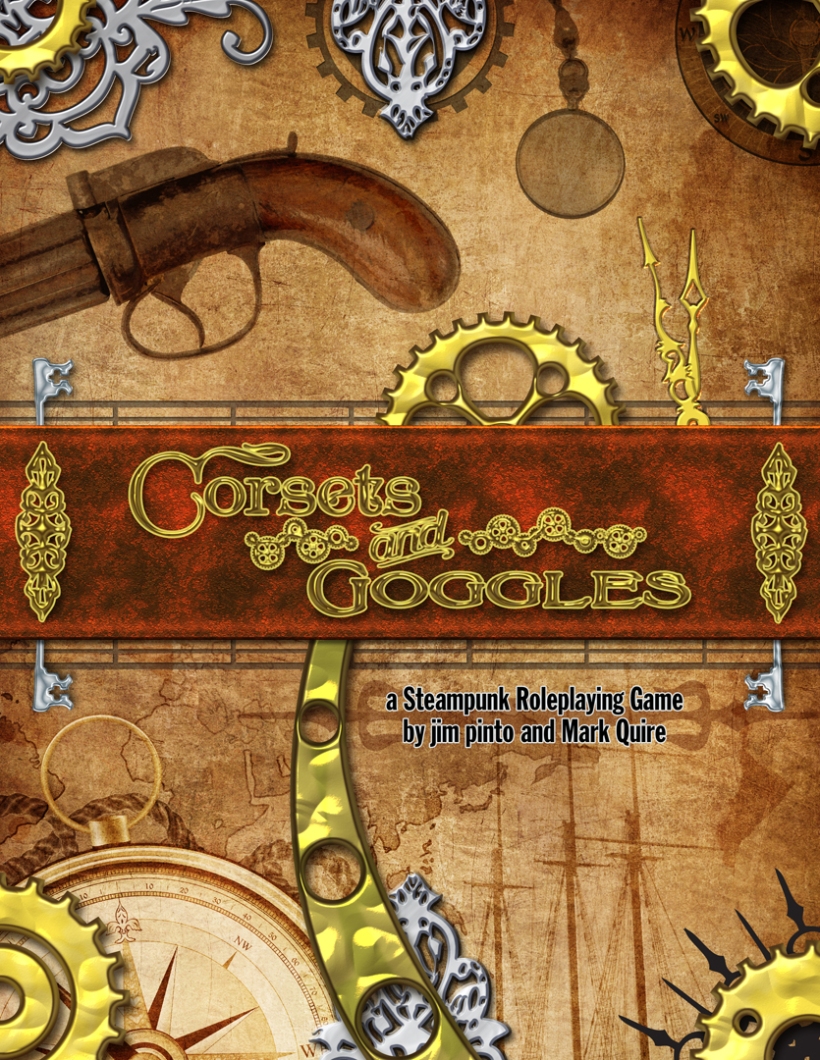 The 2016 Release of Corsets & Goggles

The Dramatic Game Engine allows players to tailor characters they want, without spending hours doing it. And get to the heart of the game, without hours of arguments. After choosing from a short list of archetypes, players select skills, talents, traits, relationships, and weaknesses to give life to their concepts. Questions at every step in the character creation process ensure no two characters are alike, though everyone is dedicated to adventure.

Jim Pinto reports on why this project is so dear to him. “I was skeptical about Steampunk at first. I didn’t really understand the value of it. But ever since Mark Quire and I sat down and examined why everyone loved it, we started to cobble together something that could really make us some money. By exploiting something people love and meshing all those features together without consideration of meaning, we really felt we were onto something.”

The built-in campaign for Corsets & Goggles is unlike any you’ve ever seen. It forces players to work together against a gamut of terrorizing obstacles and moral complexities, begging the question… “are they heroes or really awesome heroes?” Including a chapter laden with notorious NPCs, Corsets & Goggles offers a game world that entertains, excites, and panders to its players.

“The equipment lists alone could sink an Pendleton Airship,” remarked Quire. “The character classes are so rich and in-depth, we invented a whole new kind of spreadsheet called the Steamsheet™. I can’t wait for everyone to start using them.”

With a Kickstarter slated for mid-2016, Corsets & Goggles will be the first of several releases in 2016 utilizing the Dramatic Game Engine. 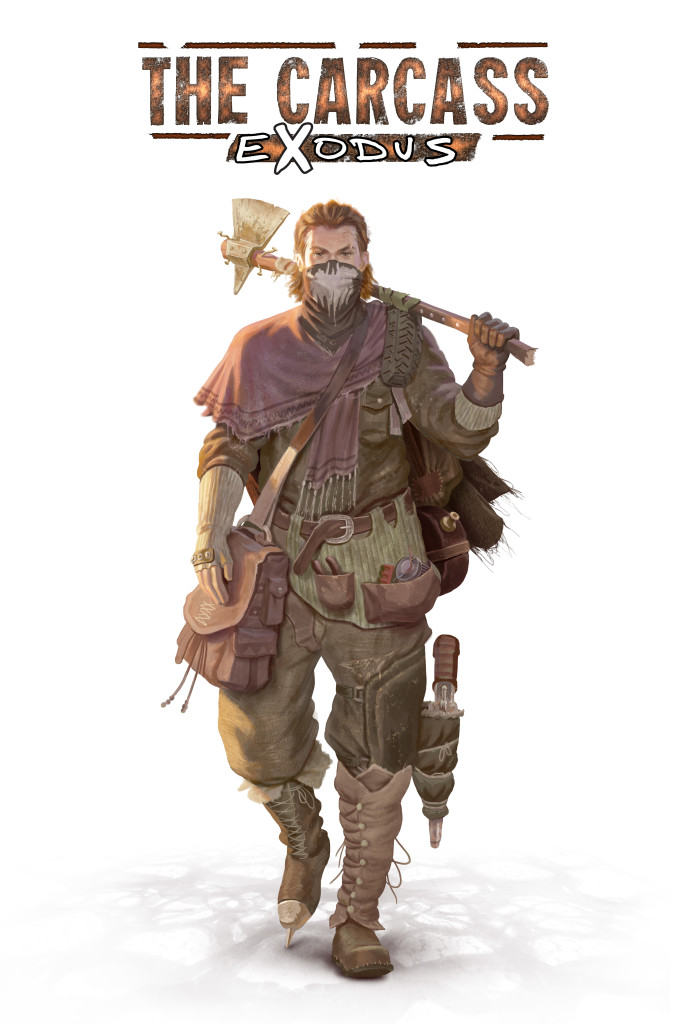 Look.
I hate writing spam. And you hate reading spam.
So let’s not kid ourselves with long overly pleasant and boring posts.
We both know the real score. I want to finish this ****ing game and you want to give me money to do that. That’s all this is. A transaction. I’m not your friend. I’m not your buddy. Or your pal.
I’m the ****ing writer and you’re the fleshbag with a credit card.
So. Spread the word to your friends and no one gets hurt.
Or don’t. And find some other tribe to live in.
Got it, punk?
https://www.kickstarter.com/projects/218255739/the-carcass-exodus
December 31, 2015May 18, 2016 postworldgamesLeave a comment 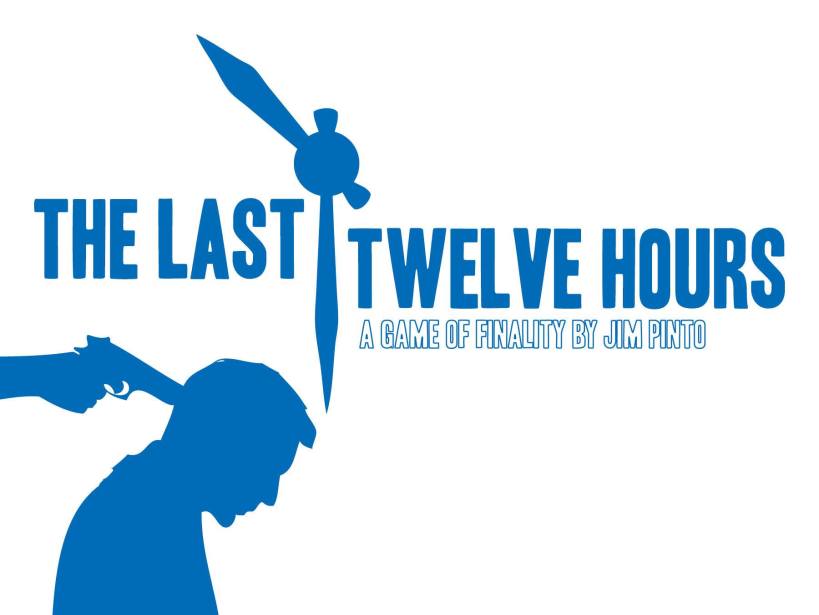 Nothing I predicted would happen this year did.

I didn’t release any of my big game ideas.

I am still behind on my Witch RPG.

I didn’t kill my father and marry my mother.

I did get 30 Protocol games finished this year. I did make six decks of Cards Against Things expansion decks.

And I did drop the ball a lot.

My prediction and plan is to be out of the woods by the first quarter of next year, completing all the past kickstarter projects and start pushing my three new RPG game systems.

What am I stupid?

The art at the top of this post doesn’t even count as one of those three.
It’s just something I need to finish and get out of my system.

For the record, if I had just one helper monkey on development and another doing marketing (half-time), Post World Games would be a very different company.

The quality would certainly not change, but the releases and schedules would be less “based on my whim” and more “look at these near-finished 20 games, let’s get them released.”

How’s that for a bumper sticker slogan?

I want to take a moment now to say a few things. And I’m not joking around here. I mean what I’m about to say.

This year ended with two short, but fun kickstarters. The second kickstarter was $1 and found nearly 1500 people backing the prospects of a jim pinto roleplaying game. Tomorrow, we’ll narrow the list down and see what the title of that game will be.

In the mean time, thanks again for following and supporting my efforts. Have a great new year.

But wouldn’t that be great?

It’s more of me yammering on for an hour about games.

And for those who haven’t heard, I’ve got a $1 kickstarter going. It’s a full-fledged RPG for $1.

In the spirit of the season, I bring you a fantasy world of ice and snow… or something equally clichéd.

To put this in fantasy game terms, imagine that the evil wizards of FR have won or the voice of a single god resonates above all others in the pantheon. The commoners live in a constant state of fear that someone will monitor their actions or thoughts. My personal favorite rendition of this game world has five-man wizard squads (each proficient in a different type of magic… one of which is divination), patrolling the streets and people going about their dutiful tasks without much clamor or aplomb.

The streets are eerily quiet, with the occasional sound of horse hooves or a blacksmith hammer. People sweep outside their shops, in a steady, unobtrusive fashion. Etcetera. Since there are a lot of world designs here, the strength of this setting eminates from the pervasive tones of oppression and overpopulation (i.e. human life is meaningless) so feel free to develop this world in whichever direction best suits your game-style.

Rules: A single race, class, ideology, alignment, or concept dominates the world. Depending what side of the law the PCs are on, this would determine the party make-up. Nothing would be outlawed, but I can’t imagine gnomes being very useful in this setting. However, bards would finally have a role in this kind of game.

World Logic: Law is everything. Obeying the “laws” (whatever they are) is tantamount to staying alive. Either through fear (in an oppressive Orwellian state) or mediocrity (in Harrison Bergeron). An exceedly fun game of DnD would involve a world where the laws are difficult to follow, but perhaps not to the point of being Paranoia.

Missions: Depending the role of the PCs adventures can revolve around either freeing “creature-kind” from oppression (ala terrorist acts) or squashing it via some pro-national commando raids (ala Equilibrium). Alternately, adventuring (and the art of dungeon-delving) could be a highly taxed enterprise requiring permits and tarrifs. All kinds of other laws surrounding the “venture” of adventuring could be imposed as well. Imagine PCs allowed to only keep 10% of what they take… how’s that for a change in the adventure landscape?

DM Advice: Oppression of the masses is important here. Communist nations thrive when the people are

a. scared
b. hungry

Preying upon the more preternatural of emotions is sure to keep the populace in check. PCs raised in this world are going to become either ambivalent or angry…. or part of the system. Keep that in mind when building a fantasy world of Boltzmen bent on keeping free thinkers in line.