In Dying Memoryes, players take on the roles of crewman trapped in cryogenic sleep aboard a ship in deep space. The spaceship has gone adrift, heading into the orbit of a wayward planet (or a star… or a nebula). As the ship’s unavoidable and tragic decent to the inhospitable world continues, the crewmen suffer traumatic episodes of fragmented memories from their past, in an attempt to rebuild their lives. Their final moments spent trying to formulate who they were and what is happening.

Dying Memoryes is a structured freeform roleplaying game which strings together disjointed memories from the characters past. As the game progresses, the players’ unconscious unravels more and more perceived truths as they attempt to find the missing memories that made them who they are.

Game play without a GM is fairly simple in this game. All conflict is resolved with head-to-head die rolls at the end of a scene and ownership of the memory goes to the winner, though there are caveats for 2nd and 3rd place in a scene.

The game continues in a round-robin format until one person wakes from cryogenic sleep, either because their persona is fully realized through numerous, reasonable memories, or a single psychosis (or series of psychoses) rattles the character from slumper.

Whatever the case, the first person awake is the only one with a chance to save the ship and final moments of the game hinge on a single die roll.

The game starts with an empty character sheet like this: 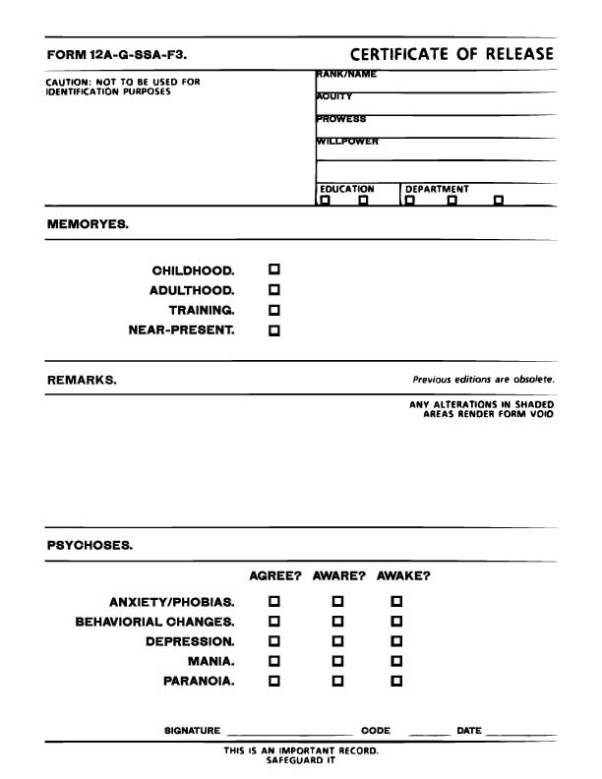 But at the end of the game, can look like this: 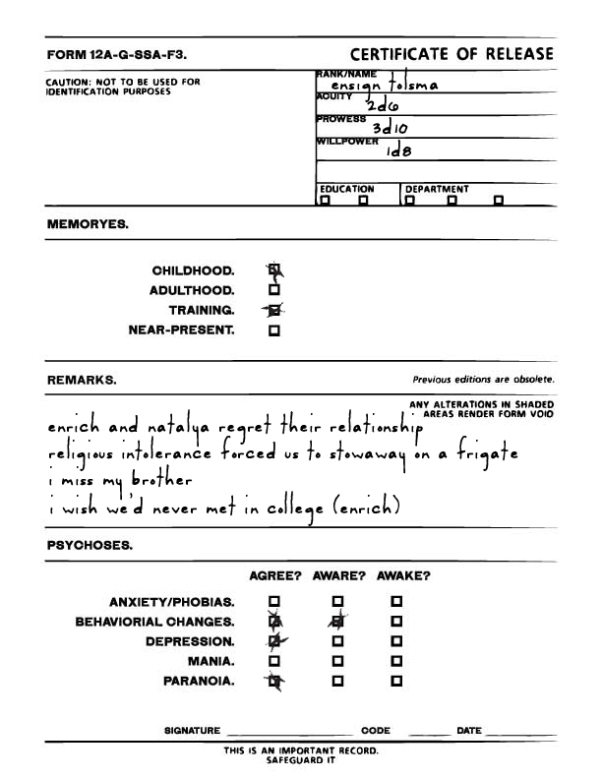 Check out more on my kickstater over at http://www.kickstarter.com/projects/218255739/six-gmless-roleplaying-games-by-jim-pinto-post-wor/posts/550525